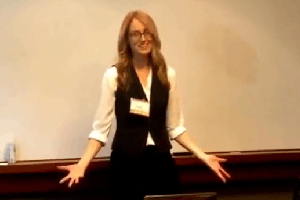 The October Fearless Presentations® public speaking class in Atlanta was a great blend of classroom teaching and personal presentation coaching for each presenter in the class! We spent the first day of the two-day class focusing on reducing public speaking fear and designing and delivering short, persuasive speeches, and on the second day, I helped the participants design and deliver their individual longer presentations. Since we had additional time in this particular class, I was able to work with each participant one-on-one more often as their personal presentation coach.

Every presentation class is different, because we, as instructors, try very hard to customize the deliver to the specific needs of the class participants, and early in this class, one of the group confessed that she was so nervous to even come to the class, that she spent six months going to a Toastmasters group, just to get up enough courage to come to a public speaking class. She told me that she was so anxious about speaking in front of a group, that she went week after week to the toasting club for over six months before she felt comfortable enough to give her icebreaker speech to the group, but after she finished that speech, she signed up for the Fearless Presentations® class right away.

We recorded three of each participant's presentations in the seminar, and after the first presentation -- after just a little coaching, this participant said, "That is a big breakthrough already!" After the final presentation, we took a look at the last recording, and she replied with, "I can't believe that is me! I would have never though that I could improve so much in such a short time." During the final presentation, she was delivering her speech with poise and control, and the audience applauded loudly at the end to show their appreciation.

The point is, a lot of people who need to take a public speaking class will delay, avoid, and procrastinate actually taking the class. The most common response we get after a program is, "I wish that I had done this sooner!" Don't wait! Start today to tackle that nervousness and fear. Classes are scheduled every couple of months in cities all over the world. Click here for a schedule.This class was held at our Atlanta, GA midtown office at Atlanta – Proscenium, 1170 Peachtree St N.E. Suite 1200, Atlanta, Georgia 30309.