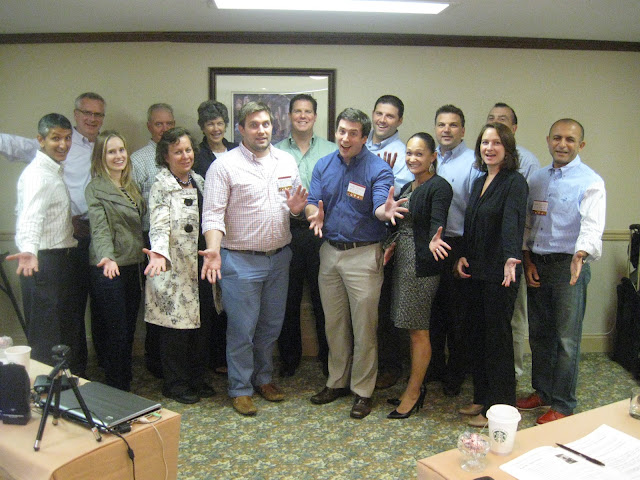 We recently held another Fearless Presentations® public speaking course in Philadelphia that had a nice-sized group of participants. The class had a lot of fun learning about how to design a deliver powerful speeches and PowerPoint presentations. The group participants each had interesting backgrounds and expertise. One was an engineer who designed shoes for Timberline while another worked with the FAA to make regional airports more safe. A couple of the participants were entrepreneurs who had owned their own companies for over 25 years, and who each determined that being better at presenting was a distinct advantage in the marketplace. Perhaps one of the most interesting things about this group was that we had two consultants from competing accounting firms who each had similar challenges and actually helped each other during the class. And a few of the participants were from a non-profit organization that conducts academic competitions for elementary school students.

Each of these participants were able have a series of successes in front of the group so that after every speech, their self-confidence grew and public speaking fear diminished. You can have a similar success. We offer classes in Philadelphia every few months, and we also teach the class in cities all over the US including surrounding cities like Baltimore, Washington DC and New York as well.