This one is not as common as the earlier ones, but it is the absolute most devastating to a person's confidence. Cognitive Dissonance is when a speaker has success in front of a group but then believes that it was actually a failure. There was a great article in Psychology Today called Steps to Overcome Public Speaking Anxiety that referenced this challenge. In the article, the author talked about a student who had an extreme view of his success as a speaker. According to the article...

One of [the student's] core irrational beliefs was “I MUST do perfectly or else I’m a failure,” and “I MUST avoid public rejection for an imperfect performance.” This inflexible thinking, even if expressed in different words, can evoke extreme public speaking anxiety.

I see this a lot in the early stages of my classes. One of the techniques that we use in Fearless Presentations ® is to make sure that the students have a series of successful presentations. We start with something really simple. Then, when each presenter nails that first speech, we add a little difficulty. We do this over and over, and by the end of the first day, most often, each of the presenters will gain a tremendous amount of confidence. This process works because, as we have a success, the risk of failure drops on the next attempt.

The challenge occurs, though, when a speaker has a success, but the self-image that the person has actually viewed that success as an actual failure. Mentally, it sounds like, "Okay, I did okay, BUT..." whatever comes after that "but" will diminish the success and confidence of the speaker.

Regardless of what your "but" is, it can be very destructive. I've seen people come through my classes and have a tremendous success speaking in front of the group. As soon as they finish, I will compliment them. As I'm complimenting the success, I can see the person subtly shakes his/her head back and forth mentally saying the word, "no". In some cases, other class members will see this reaction and jump in with additional compliments. 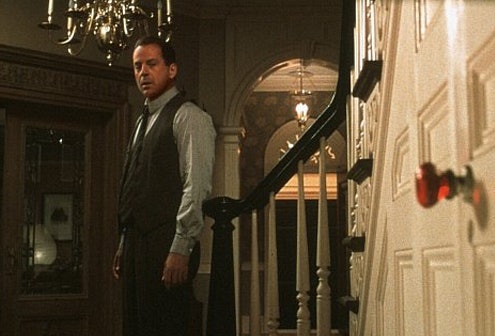 However, this all-or-nothing or perfect-or-failure mentality is a thick wall that is difficult to penetrate. As an instructor, I will often just continue to coach the participant so that he/she can have more and more successes. Most often, eventually, the person will begin to see that the presentations that he/she has given already are head-and-shoulders better than most presentations that the person has seen in the business world. When that happens, it is like a dam breaking. All of a sudden a clarity comes over the person.

I like to refer to this moment as the "Sixth Sense" moment. If you ever saw the movie, at the very end of it, there is a realization that is dramatic. All of a sudden, a series of flashbacks occur. Each of these flashbacks that seemed to be true earlier in the movie was actually much different in reality. When that moment is achieved, the confidence grows very, very quickly.

If you think that you experience this Cognitive Dissonance, then I would encourage you to register for our two-day Fearless Presentations ® class. It is very difficult to overcome this without outside help.