Over a decade ago, we created the Fearless Presentations ® class to help people eliminate public speaking fear. After training thousands of class members, our instructors have discovered a few simple truths about stage fright that, once you understand them, can help you really reduce this fear. Below are a few facts about public speaking fear that can help. 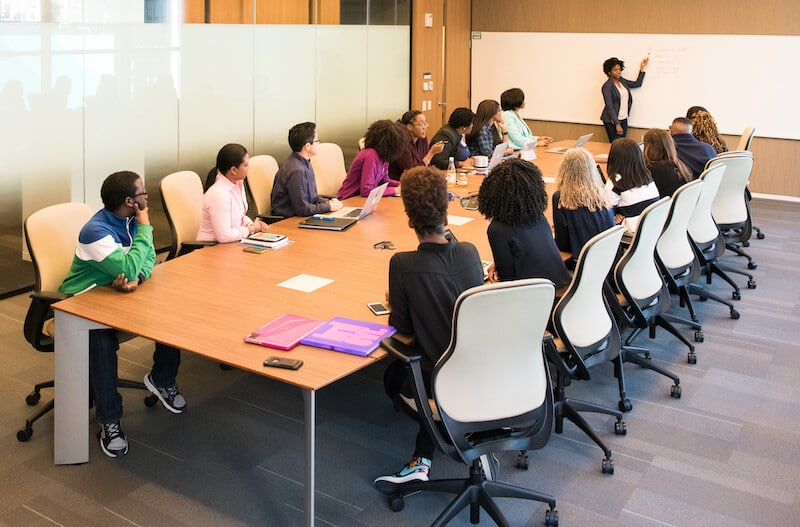 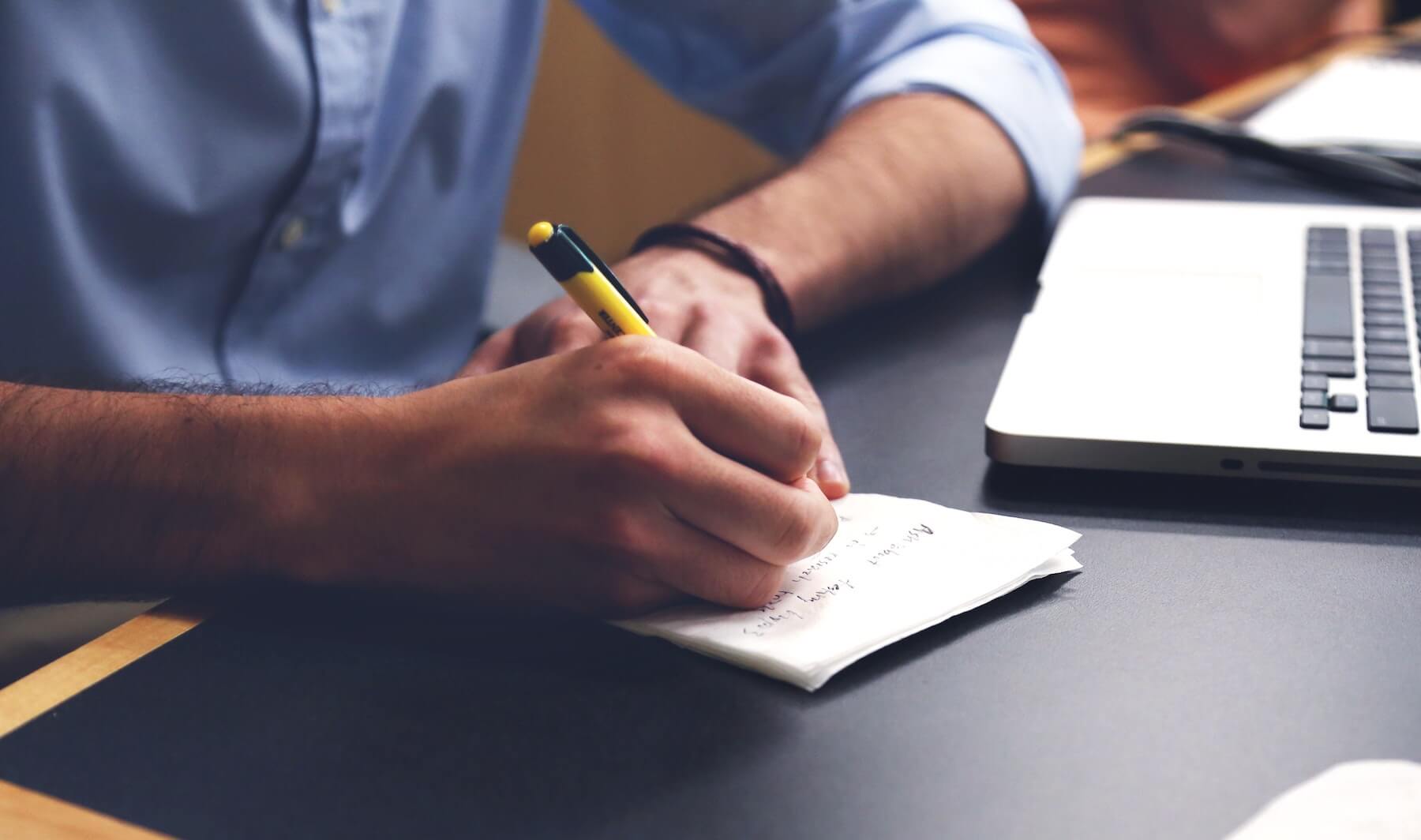 What Is Public Speaking Fear?

What is the fear of public speaking? Stage fright is still one of the most prevalent anxieties in the world, and as a result, people often have questions about why it's there, where it came from, and how do you get rid of it? Most people who feel this fear feel like they are the only ones out there who experience the butterflies in the stomach or shaky hands, but in reality, just about every speaker has some sort of nervousness when presenting in front of groups. In fact, a lot of people feel that stage fright is so great that they avoid public speaking situations altogether and miss out on big opportunities. If speakers don't do something about the anxiety, it can escalate and turn into a debilitating phobia.

Where Does Public Speaking Fear Come From?

The More Imminent the Threat, the Greater the Fear[/caption]

Anytime a person tries something for the first time, he or she will feel nervousness or anxiety about it. Remember back when you got on a bicycle for the first time? Or the first time you tried to drive on the freeway? The reason why we tend to remember situations like riding a bike or driving a car for the first time is that, in those situations, we felt an imminent threat to our safety. But to a lesser extent, we feel this nervousness constantly when we try something new. For instance, when I got my first Smart Phone, and I went to the App Store, I was really nervous about downloading that very first "Free App" because I was scared to death that I'd end up with a recurring charge on my phone bill that I'd never be able to get rid of. I felt the same way the first time I entered a credit card number into a website form. Nervousness is normal when we try something new. The more imminent the threat to our safety, the more nerve-racking the activity will be. For instance, my heartbeat a lot faster when the first time I went bungee jumping than it did the first time than when I bought a book on Amazon.

Public Speaking Fear is NORMAL (and Part of the Growth Process)

Public speaking is a skill just like any other in that the first time you do it, you will feel nervous. The threat of "failure" is fairly imminent because we are often speaking in front of our peers, and the esteem from these peers is very important to us. If we do well, our confidence grows. If we have a challenge, our stage fright will grow. Often, this fear is created in school as we grow up. I've had hundreds of people attend my public speaking class and tell me that they've ALWAYS had this nervousness. They've told me of that time in 1st grade when they had the singing recital solo and their voice cracked, or when they were standing in front of the class doing the math problem and choked, or that time they had to give the book report and they sped right through the entire presentation at 100 MPH. Because of these early situations, when we stand up in front of our business peers and speak, even if we do okay or fairly well, we'll often consider it to be a failure. The more this happens, the more nervous we will be in future speeches. Many times we might be performing well in our business speech, but if we just THINK that we did poorly, the anxiety will show up as well.

If Your Stage Fright Doesn't Reduce Over Time... Change What You are Doing!

The nervousness is normal when you begin to speak, but if it remains over time (or gets worse), you're not growing. Try changing what you are doing. For instance, if you've been driving for years, and you're still terrified to drive on the freeway, the process that you have gone through to grow confidence has been interrupted. "Wait, that's absurd! No one can drive for 15 years and not gain confidence. Over time driving becomes second-nature." Well, only if that new driver continues to practice and grow. If he/she avoids driving and only drives once, maybe twice a year, that fear may remain and even grow more intense over time. The same thing happens with speakers. Instead of practicing, we often avoid opportunities. In other cases, we use crutches to make us feel more comfortable.

The way that most people prepare for a speech actually adds to nervousness versus reducing it. Here are a few of the common things that people do to try to reduce stage fright but that actually CAUSES FEAR.

So, some public speaking fear comes from (1) childhood memories, some comes from (2) past challenges speaking in the business world, and some come from (3) faulty preparation. Fearless Presentations® helps each presenter have a series of public speaking successes by changing the way that we PREPARE for a presentation. Our step-by-step process makes writing and delivering presentations much easier. Once you have a series of success after success after success with zero failures in between, the anxiety fades away... just like it faded after a few successes driving your car.

How do you overcome the fear of public speaking? Public speaking fear is just like any other anxiety in that the more that is unknown or the bigger the threat, the greater the nervousness that we experience from it. So if we lower that risk, lower the unknown factors, and lower the threat, the fear diminishes and sometimes even goes away entirely. Anytime we do something somewhat dangerous, we feel the heart-pounding and queasy stomach. Things, like riding a bike, driving a car, flying in an airplane, or firing a handgun, are all somewhat dangerous for people without any experience doing these things. If you've ever seen a four or five-year-old kid riding a bike, you can typically see the tension in the kid's face. It's the same with a teenager with a driver's permit. That very first time that your plane took off and you felt that tickle in your stomach, you likely grabbed the armrests a little tighter. And police officers practice day after day to get proficient at firing their handguns because they want to be extremely confident.

In each of the examples above, people who experience anxiety typically follow a simple step-by-step process to reduce the tension. Sometimes, this process is pretty passive such as flying in an airplane, but most often this process is very active (like learning to fly a plane). The simple four-step process is as follows:

One of the interesting things that happen is that once we go through this cycle once, the first phase, The Attitude of Want, is much easier to move through because we've already had success. As we complete the process over and over having success each time, the fear that originally kept us from moving through the first phase decreases dramatically.

The Alternative: Practice the Full Skill All at Once

Most people fail to break the skill into component parts, so they try to master the entire skill all at once. That would be like taking a four-year-old to the BMX dirt bike track and pushing him down the steepest hill. Or like taking the 15-year-old driver to downtown New York City her first day behind the wheel. Or like sending a rookie police cadet into the middle of a big drug deal. But that's what we do with public speaking. We jump in front of our peers, or the board, or a big client and we wing it. I'd like to suggest a better way...

To overcome public speaking fear, break the skill into component parts and master each part. Fearless Presentations® helps each presenter have a series of public speaking successes by changing the way that we PREPARE for a presentation. Our step-by-step process makes writing and delivering presentations much easier. Once you have a series of success after success after success with zero failures in between, the stage fright fades away...

The Importance of Self-Confidence

The Importance of Self-Confidence People will judge our COMPETENCE by the CONFIDENCE that we show. For example, let's say that you are going in for surgery, and just before you go under, the surgeon walks into your room. His posture is slouching, as he speaks, he stumbles over his words somewhat, and when you look at his hands, they are trembling a little. Now, it doesn't matter how good of a surgeon he is, you'll probably want a second opinion (maybe even a third opinion) -- Fast! Well, it's the same in just about any industry. People judge how good we are at what we do by how confident we are when we communicate with them. If we speak with poise and confidence, they will automatically make the assumption that we are competent at what we do until we prove ourselves otherwise. The opposite is true as well. When we speak with nervousness or fear, the audience will automatically assume that we don't know what we are doing until we prove ourselves otherwise.

A couple of days ago, I took my kids to a fast-food place. It was pretty busy, so I jumped in the shortest line. When I got to the front of the line, I gave the young person my order, and I could tell by the look in her eyes that something I had said had confused her. She looked down at her screen and started searching for the item that I had mentioned. My first impression of her kicked in, and it was "Wait a minute... something is wrong here." I watched her finger searching the electronic menu, I could see it tremble a little. I changed my impression to "Ahhh... must be a trainee." Immediately after drawing that conclusion, I glanced at her name tag, and there it was... Trainee in small letters under her name. (By the way, she gave us great service and did a great job, but that is not the point.) The point is that her self-consciousness caused her to question herself. When she questioned herself, she showed nervousness. The nervousness came across to me as her not being that good at working the cash register, yet. Do you want to give the perception to people that you are a Trainee or that you are the Professional?

You are the Expert! Communicate that Way

To be a professional, you want to exude self-confidence when you present to groups, speak to individuals in a one-on-one fashion, and when you lead people. That way, the outside appearance matches the inside competence.

To get in touch with us or request a quote, please fill out the form below.