Podcast 13: Assessing Your Strengths and Weaknesses as a Presenter

In this episode, Doug Staneart shares a few public speaking secrets that he uses as a presentation coach to assess the strengths and weaknesses of a presenter so that he/she can improve as a public speaker. Doug also uncovers a few hidden secrets about personality temperaments as well.

Assessing Your Strengths and Weaknesses as a Presenter 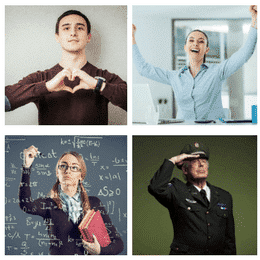 Before Doug started explaining about how to determine how to improve on your strengths and minimize your weaknesses as a presenter, he talked about the history of personality temperaments. He told a story about a couple of FBI agents who took his course in the early 2000's who wanted constructive criticism after they attended the class, and how that conversation led Doug to adding a personality temperament section into the 2-day Fearless Presentations ® class. Personality temperament training has been around for over 2300 years, and it was first written about by Hippocrates (the Greek doctor that the Hippocratic oath is based on). His theory was really simple, but it has been added to and "improved upon" my modern-day psychologists, and the theory today has become very complicated and, in some cases, impractical to use for most people. So Doug went back on this podcast to explain the simple and usable content created by Hippocrates.

Using modern terminology, Doug explains the four personality temperaments using Hippocrates' chart. Doug tells us that to graph your strengths and weaknesses, you have to chart your natural strengths in two areas. On the horizontal line, the far left is "Indirect" and the far right is "Direct". Indirect people are more cautious and slower to make decisions, because they want their decisions to be accurate and well thought out. Direct people tend to be more spontaneous. They would rather take a risk of being wrong versus miss out on an opportunity. On the vertical line, the two extremes are "People" oriented at the top and "Logical" at the bottom. People person's tend to be more personable and more likely to make decisions based on how those decisions will affect others. Whereas Logical people tend to like data and facts.

Each of the temperaments has opposite strengths and weaknesses from the temperament in the diagonal quadrant. So the Amiable and Driver are opposites and the Analytical and Expressive are opposites as well. The Amiable is good at building rapport while the Driver has a challenge with that. The Driver is good at commanding attention while the Amiable struggles here. The Expressive has high energy but few details while the Analytical has great details but low energy.

The good news is that they things that we are covering on this podcast and the things that we cover in the 2-Day Fearless Presentations ® class help each of these temperaments maximize their strengths and minimize their weaknesses. For instance, stories help the Amiable and the Driver by both building rapport with the audience and reducing nervousness. Stories also help the Analytical and Expressive by adding natural energy and deliver details in a way that gives the audience great content. S, no matter what your strengths and weaknesses as a speaker, stories will help you be a better speaker!

For additional details, make sure to download this podcast using one of the links below.